Kampot Province is a (south west province) province (khaet) of Cambodia. It borders the provinces of Koh Kong and Kampong Speu to the north, Takeo and Kep and Vietnam to the east and Sihanoukville to the west. To its south it has a coastline of around 45 km on the Gulf of Thailand. It is rich in low arable lands and has abundant natural resources. Its capital is Kampot town.

Kampot Province had a population of 627,884 in 2010 and consist of eight districts divided into 92 communes with a total of 477 villages. Touk Meas City is located in Kampot Province. 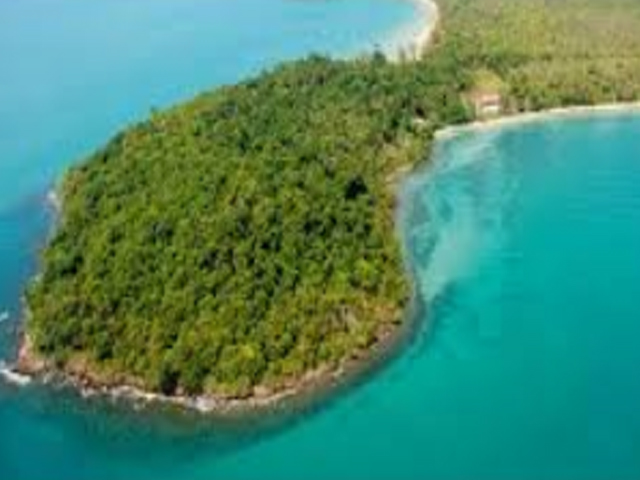 Koh Tonsay, or the Rabbit Island, is the choice of visitors who would like to experience the beaches in Kampot. It comes close to the ideal tropical island, with its fine white sand, coconut palms on the beach, basic ... 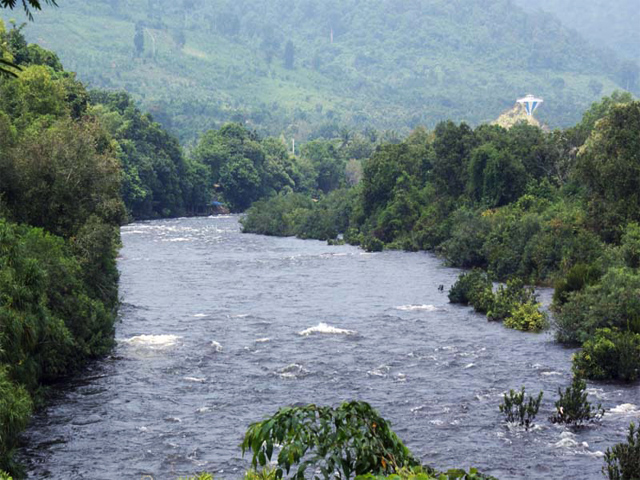 Teuk Chhu is located in Snomprampi village, Makprang commune, Kampot district, about 8 kilometers north of Kampot provincial town. Its main attraction is a stream that flows from Phnom Damrei via Phnom Kamchay. The ...

Kampong Trach is a small one but still offers enough attractions to the tourists. Here you would find various limestone caves and tubes in a nearby mountain. Once there was also a large cave in the center of the ...

Bokor Hill is located 42 km from the provincial town. It was erected by French colonists in 1922 during the reign of King Sisowath. Bokor was a resort location for affluent French colonists who needed a change of ... 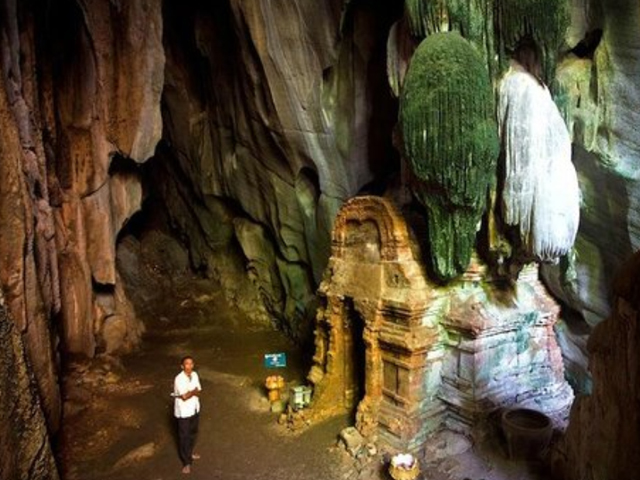 Phnom Chhnork is the first caves that you would come across in the Kampot. The first of these caves have pre-Angkorian ruins within the limestone caves. You would find various brick structures of 5th century AD amongst ... 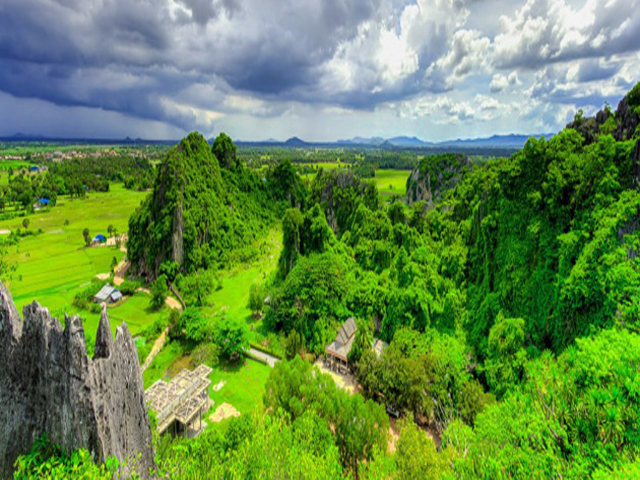 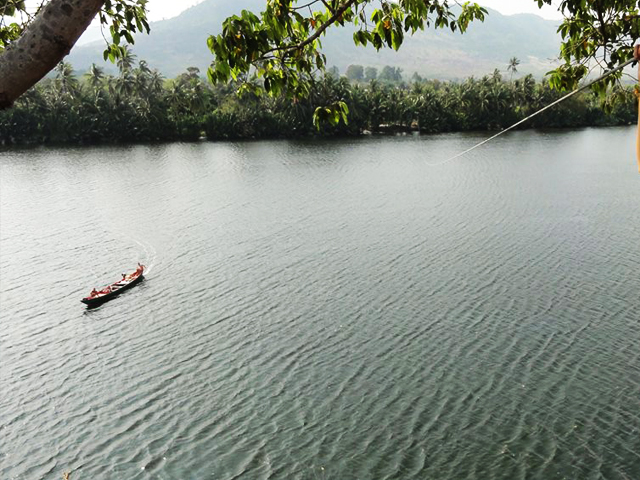 Phnom Daung, Kampot is located in the Beoung Tapream Village, Treuy Koh Commune in Kampot. It is 7 kilometers away from the provincial city. Phnom Daung Classification Nature Wildlife and Preserves Location Beoung ... 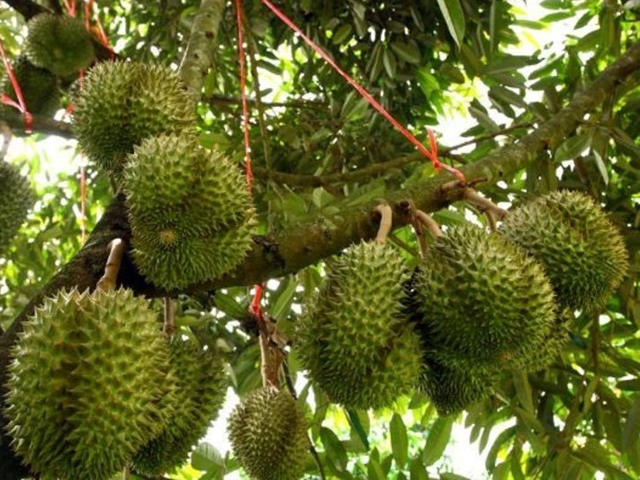 The reason you might have been offered so much of the spiky, strong-smelling fruit known as durian while enjoying the Teuk Chheu rapids is because of the proximity of the plantations, which line either side of the road ...

Prek Thnout is located in Kampot province, between Sihanouk Ville and Kampot Town. It is partially situated within the Bokor National Park and can be reached by bus, minibus or taxi. From Kampot Town it takes a 30km ...