Kampong Cham  is a province of Cambodia located on the central lowlands of the Mekong River. It borders the provinces of Kampong Chhnang to the west, Kampong Thom and Kratié to the north, Tbong Khmum to the east, and Prey Veng and Kandal to the south. Kampong Cham was officially divided into two provinces on 31 December 2013 in what was seen by many as a political move by the ruling party. All land west of the Mekong remained Kampong Cham while land east of the river became Tbong Khmum province. Prior to this division, Kampong Cham extended eastward to the international border with Vietnam, was the eleventh largest province in Cambodia, and with a population of 1,680,694, was the most populous province in Cambodia. Its capital and largest city is Kampong Cham. 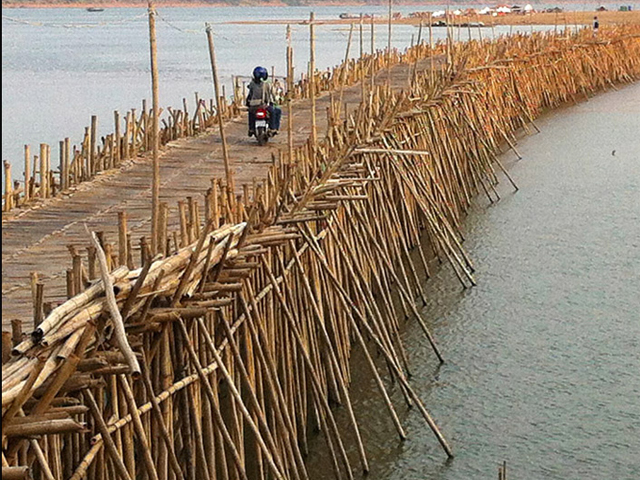 Koh Pen is the rural island in the Mekong river connected to the southern beach of Kampong Cham City by elaborating the Bamboo ... 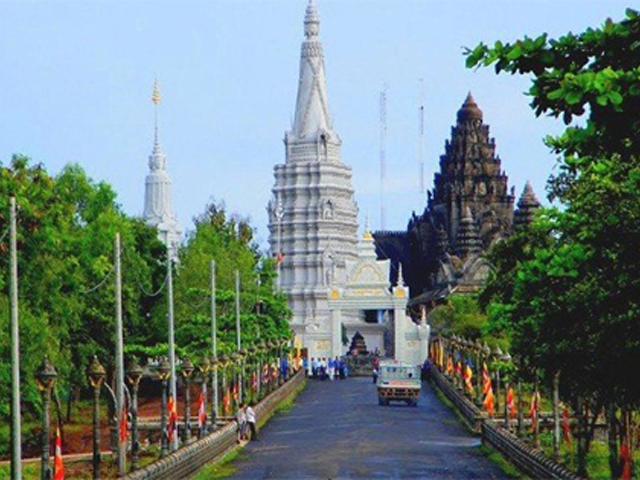 Phnom Srey Phnom Pros is the one of an attraction place in Kampong Cham Province, Cambodia. It located in Krola Village, Kampong Siem ... 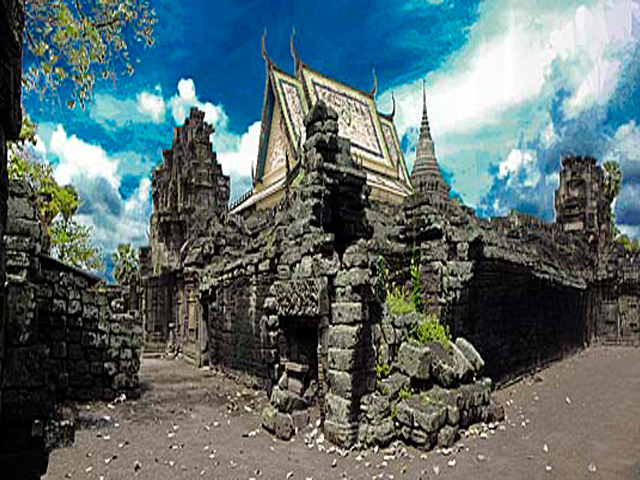 Nokor Bachey temple is a cultural and historical site. It is located 2.2 kilometers from Kampong Cham provincial town along National Road 7, about 122 kilometers northeast of Phnom Penh. Visitors traveling from Phnom ... 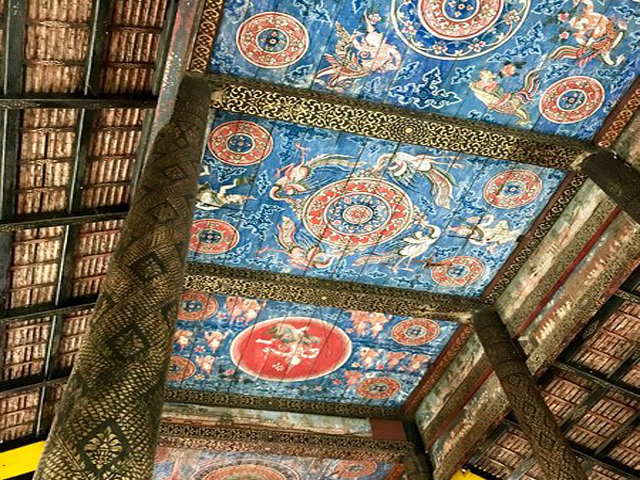 Sacred Wat Maha Leap southeast of town is one of the last remaining wooden pagodas left in the country. More than a century old, this beautiful pagoda was only spared devastation by the Khmer Rouge because they ... 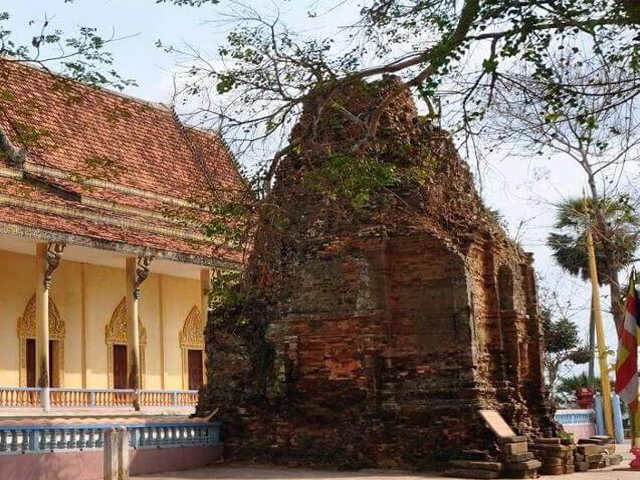 Wat Hanchey is a hilltop pagoda 20km north of Kompong Cham that was an important centre of worship during the Chenla period when, as today, it offered some of the best Mekong views in Cambodia. The foundations of ... 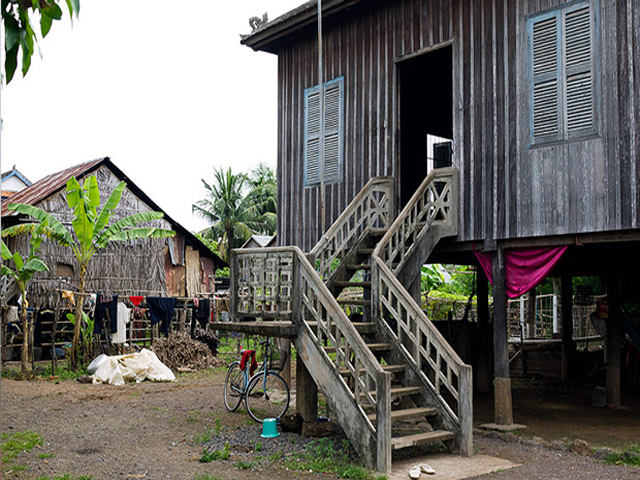 Cheung Kok used to depend upon its surrounding rice fields for survival, but recognising the need to diversity they collaborated with Amica, a French NGO, to create a sustainable, fair way to generate and distribute ... 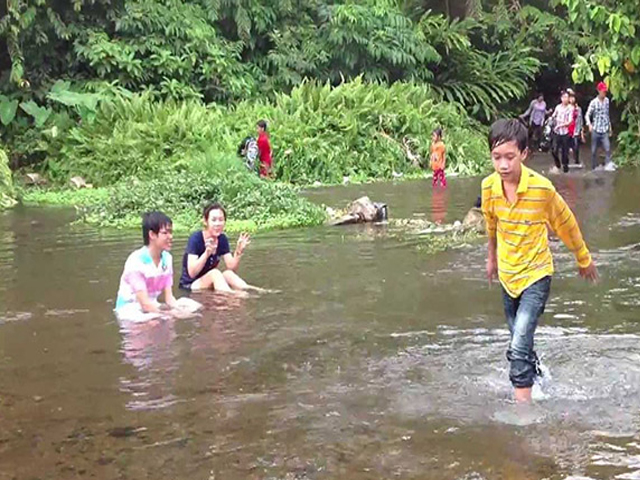 Next to Preah Theat Teuk Chhar temples is a canal dug during ancient times. Water fills the canal year round, and the water is very clear and free-flowing, making it popular with tourists who enjoy bathing in ... 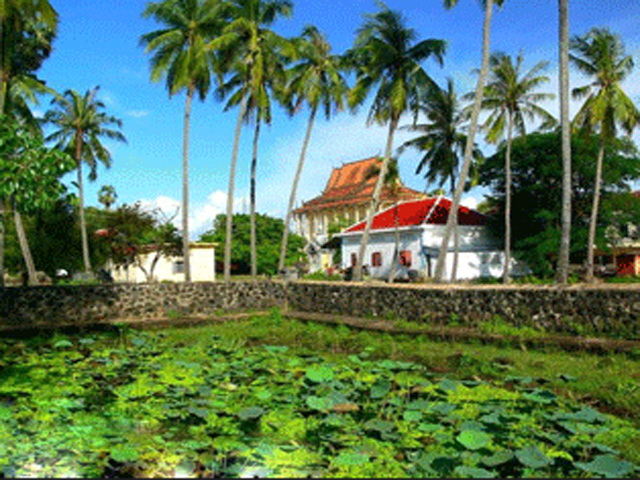 Wat Chhroy Thmor Pagoda, Kampong Cham is counted among the topmost tourist attractions in Kampong Cham and is visited by thousands of travelers from all over the world. You will be simply mesmerized with the beauty of ...